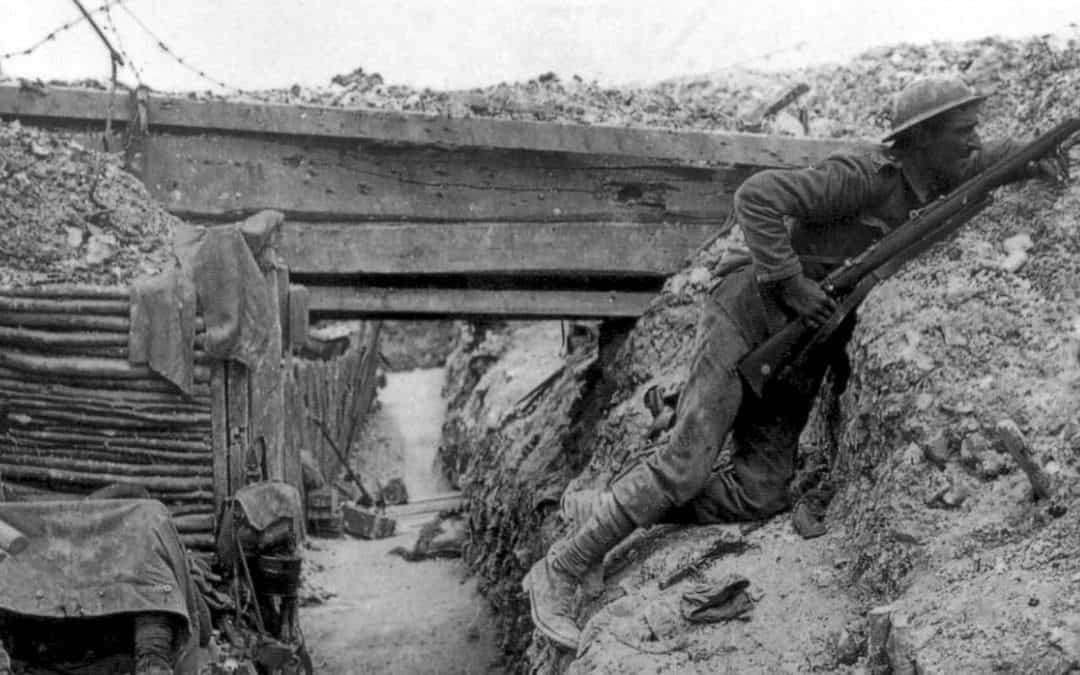 I was born and grew up in the United Kingdom, and my family’s involvement in war is common to people of my generation: my grandfather served in the First World War, and my father in the Second.

My grandfather had emigrated to Canada, but returned to the UK to volunteer. He was wounded at the Somme and later returned to the front where he remained for the duration of the war, before coming back to the UK with his injuries and staying there. His experience was clearly traumatic and he never spoke directly of what he saw there.

The next war was declared on my father’s fifteenth birthday – he had just left school! He trained to be a pilot and served with the RAF based in India, flying wounded soldiers and prisoners of war back from the Manchurian front over “the hump” in the closing months of the Second World War – and he did have some stories.

But my most abiding memory of these two men together was at the Remembrance Day memorial services, every 11th November at 11am. There was one in particular where Dad was asked to lay the wreath; his dad sat close by in his wheelchair, both solemn, as the occasion demanded, and both deep in their own, private thoughts about the friends and colleagues they lost during those dreadful conflicts. After the ceremony we all went home and had lunch, and then moved on with our lives, that year and every other year.

We didn’t hold a party – it was not an excuse for drinking beer and playing games, but rather an opportunity to focus on those people who had spent a number of crucial years of their young adulthood away from their chosen paths and turning up to defend their country. As we watch with horror the carnage in Ukraine we are reminded of that impetus to stand your ground and repel the invader, the same motivation which I can only assume compelled Grandad and Dad to sign up.

I wish I had spent more time talking to both of them about their experiences, but watching and taking part in that ceremony with them did teach me respect, and fired a curiosity in me to understand more what they had endured.

I have no direct familial connection with the Anzac tradition but have spent the vast majority of my adult life in Australia so am very aware of the conflicts that Australian men and women have been called up to fight in, and the stories of heroism and camaraderie as well as the trauma experienced and for too long ignored.

I approach Anzac Day the same way I used to approach Remembrance Day in the UK, with fond memories of my father and grandfather, gratitude for the choices they made to do what they believed to be right, and a deep sense of sadness that must accompany a reflection on the dreadful toll that war takes upon its victims.

I don’t wave flags, but if I did have a flagpole I would raise one to half-mast to indicate that this is a day of mourning, not celebration. All societies need days where we contemplate the bad and the sad that can at times pervade the world – we have just had Good Friday – just as much as they need the release of joyous celebration. Turning one into the other simply does not work for me.