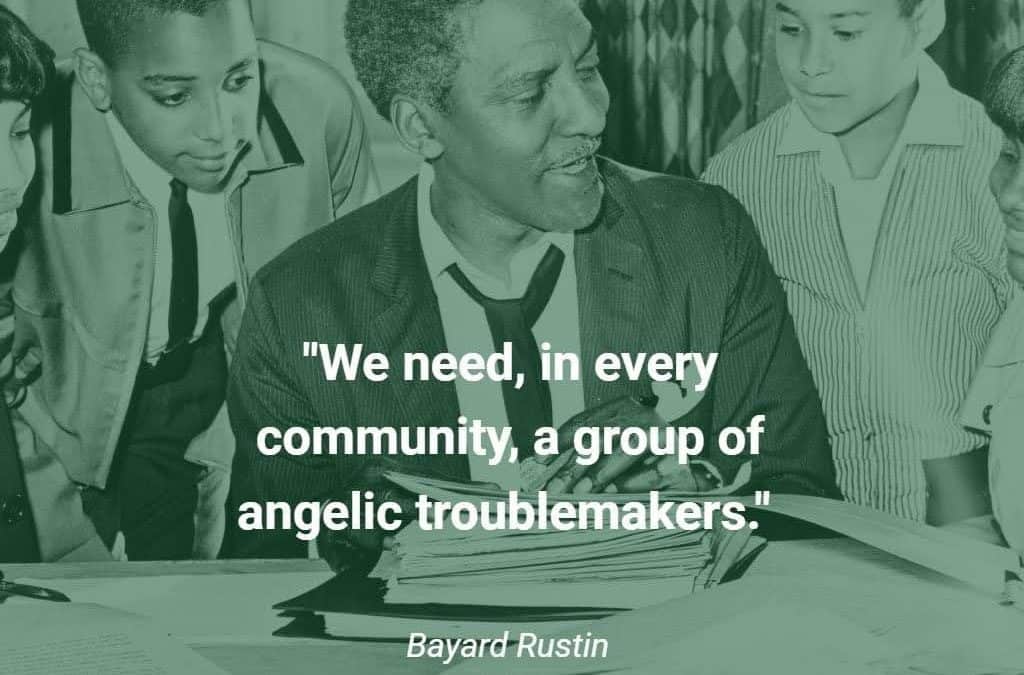 Not quite sure, but I think “Identity Politics” means campaigning for improved recognition, respect, rights for groups of people who, because of some characteristic that they share, are not treated well enough by interests who hold most control over society.

So that’s it.  The identity of your group doesn’t matter.  All are one in Christ.

Or is that really it?  Was Paul saying anything so ridiculous as male and female are the same?  Of course not!  Clearly this text has to mean that in Christ there is no barrier between Jew and Greek, slave and free, male and female.  Equally, “all one in Christ” means there is not a power imbalance because of race, social/ financial status, or gender.

In Paul’s letter to Philemon he asks that the runaway slave Onesimus be received back as a brother in Christ, not handed over to authorities for the death penalty as I understand could have been the result.  We might read Paul’s words as implying that Onesimus should be released from slavery, or simply that he be treated as a worthy human being giving freely of his service – as the text shows clearly he has been doing in his time with Paul.  It seems that Christian slaves could still be slaves yet within the fellowship of Christ they were “one” with other believers.

I agree with Scott Morrison’s point that it’s important to value who you are, but that includes valuing being part of each of the groups that you identify with, whether beyond your control – as in gender, ancestry, natural body shape, even in “disabilities” – or by choice, as in faith, taste in clothing or music, etc.  When, as is so often the case, a group are disadvantaged, disempowered by the way others treat them, of course it is right to protest and struggle, to campaign for recognition of equal worth and rights.  That’s one part of truly valuing individual worth.

No doubt the term “identity politics” was coined by those who, far from valuing all humans equally, want to maintain the status quo where different “identities” not only exist, but are despised and/or shunned or exploited by those in privileged groups.