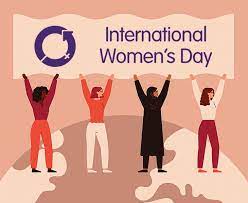 Honouring my Sisters in Faith

“Honouring my sisters in faith” is the theme of the Uniting Church in Australia’s celebration of International Women’s Day 2021.

Uniting Church President Dr Deirdre Palmer has reflected on the critical leadership roles that women in Australia have played and continue to play, in her address. Dr Palmer highlighted how women have:

In the broader Australian community women leaders are calling for transformational change in the way that women are treated across all of the key institutions in Australian life. The recent revelations of sexual assault, bullying and verbal abuse of women in the nation’s Parliament have resulted in a widespread review of its workplace culture by the Commonwealth Sex Discrimination Commissioner, Kate Jenkins, whose assessment that the country is at a “turning-point” causes her to be optimistic about the impact such an investigation will have.

There remains, however, much work to be done in the broader community, with gender pay inequality still stubbornly refusing to shift, and strong evidence emerging that in the recent COVID-led recession it was women who experienced the greatest disadvantage. The institutions that were briefly set up post-war to directly address the wages of working women and men have been systematically dismantled over the years, and it would appear that the free market has little time or sympathy to attend to issues of equality and equity.

The imperative for women to be at least as equally represented as men in positions of power and authority, in government, in the legal system, in public service and in the corporate world is not a matter of numbers, it is a qualitative necessity to reform the culture of our society from the top, to compliment the work that women do and have been doing for centuries within that society to make it work at all levels. As we contemplate how far there is still to travel, and also about the opportunities for reform that are presenting themselves right now, let’s make sure we also acknowledge the work that has been done by women to unite and lead Aboriginal and Torres Strait Islander families and communities for thousands of years, and the need to have their voices around the seats of government across Australia.