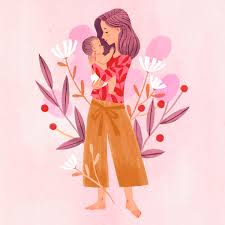 How long has Mother’s Day been celebrated?  How did it start?  Is it on the same day in every country where it’s celebrated?  In an article which can be found at https://vowpeace.org/mothers-day-peace-words/ , Ruth Rosen, a professor of History in University of California, Davis, USA, describes how in that country the day arose out of women’s activism in the nineteenth century and eventually was transformed into the commercial event that we know today.

Rosen’s article tells how in the 1850s an activist named Ann Jarvis organised women to campaign for improved living conditions.  She also led women to care for the wounded – on both sides – in the Civil War, and campaigned for peace.  The campaign took the form of direct communication with men involved in the fighting.

Another peace activist, Julia Ward Howe, is perhaps known best for writing the “Battle Hymn of the Republic”.  However her “Mother’s Day Proclamation” also is famous.  You can read its powerful demand, on behalf of women, that their sons and husbands not be taken from them in the cause of bloodshed, at https://en.wikipedia.org/wiki/Mother’s_Day_Proclamation .  Julia Howe proposed that 02 June every year be recognised as “Mother’s Day for Peace” and for some years it was so celebrated even though “the establishment” did not give official recognition.

Professor Rosen writes “Many middle-class women in the 19th century believed that they bore a special responsibility as actual or potential mothers to care for the casualties of society and to turn America into a more civilized nation.  They played a leading role in the abolitionist movement to end slavery.  In the following decades, they launched successful campaigns against lynching and consumer fraud and battled for improved working conditions for women and protection for children, public health services and social welfare assistance to the poor.  To the activists, the connection between motherhood and the fight for social and economic justice seemed self-evident.”

The officially recognised Mother’s Day arose out of Ann Jarvis’ daughter Anna’s deep admiration for and devotion to her mother.  After Ann died, Anna organised a memorial service in her own church in 1907.  From this grew the idea of an annual church service to celebrate the memory of individual mothers, and to show gratitude and respect to individual mothers for their sacrificial devotion to their families.

The practice grew to the extent that in less than a decade Congress had passed a law establishing the second Sunday in May as an annual event with some clear guidelines as to how “men” might show their respect and appreciation for their mothers.  By then America was clearly developing into the consumer society we know today, and Mother’s Day was welcomed by business interests as an opportunity.  According to Professor Rosen a publication the Florists’ Review referred to it as “a holiday that could be exploited”.

Anna Jarvis was incensed at this exploitation of what had begun as a memorial to her social activist mother and campaigned against the commercialism.  It was a struggle she could not win.  The Florists’ Review  proclaimed victory with the report that it was “Miss Jarvis who was completely squelched.”

Since then Mother’s Day has become, for retailers, the bonanza we all observe.  Some people, such as Professor Rosen, would like to see the return of its original values, its activist roots, its rôle in recognising the reforming power of women.

You can read more detail about how the modern day developed at https://en.wikipedia.org/wiki/Mother’s_Day_(United_States) .